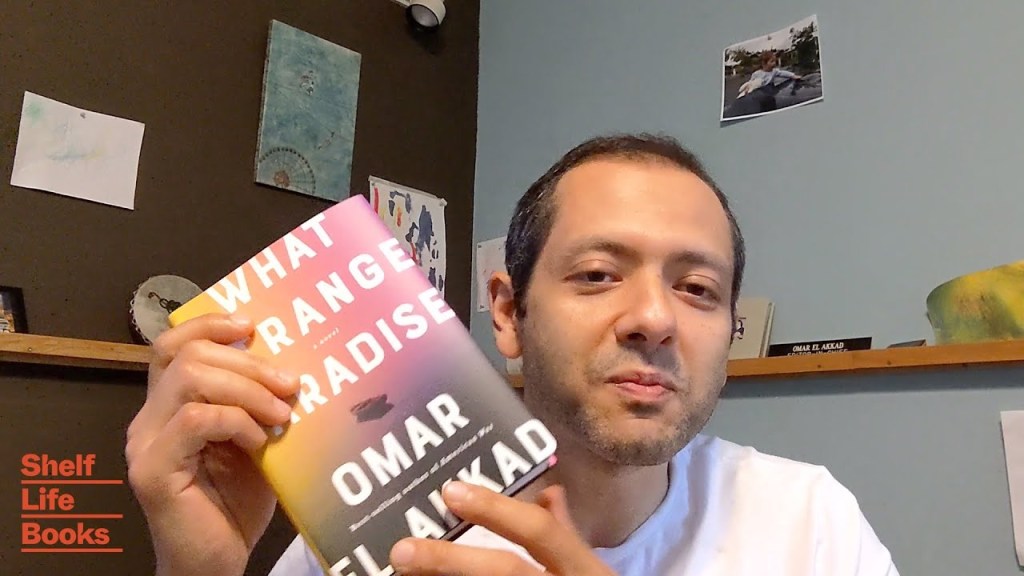 We used to get the older kids to sneak out the red-dot books for us. Usually, it wouldn’t take much more than a chocolate bar from the tuck shop to convince one of the upper-year students to walk into the school library and borrow these forbidden titles, the stuff that, apparently, was so incendiary it would corrupt us instantly.

(It occurs to me as I write this that “tuck shop” might be an exclusively British phenomenon with which most Americans aren’t familiar. It’s a small kiosk where students can buy snacks. For the duration of my time at Doha College, a tiny educational outpost of the former empire in the equally tiny Middle Eastern nation of Qatar, the tuck shop’s myriad provisions were a survival currency, a more wholesome analog to prison cigarettes).

Because I’m a writer, and because I firmly believe that public libraries are the single most vital entity in the long-term civic health of any society, I tend to write about libraries a lot. But I didn’t grow up with any. Qatar, where I lived from the age of 5 to 16, is today known as a global power broker, a rich backstage player in all manner of geo-political intrigue. But when I lived there in the 80s and 90s, it was just a tiny peninsula known for nothing but its massive oil and gas wealth, and I suspect my friends and I felt about it the same way a lot of kids in this country’s many small towns feel about their own homes – we were just waiting on the chance to get the hell out. For years there was nothing to do, no malls, no cinemas, no record stores other than one wreck of a place that sold a couple dozen CDs by the likes of Kenney G and Air Supply, all stamped with a vaguely threatening sticker that said: “NOT FOR SALE OUTSIDE THE MIDDLE EAST.” Years later, when the first McDonald’s opened here, the entire place came to a standstill. I’m not exaggerating, there was literally a traffic jam that stretched about a third the length of the city. Newness came rarely.

The closest thing we had to a library was the one in our high school. It was a small room made up of three conjoined areas. In the middle was a glass-walled outdoor reading area, the entrance to which, best I can tell, was permanently locked for the five years I spent at Doha College. In one of the indoor rooms there sat a bulky IBM Leo desktop computer and a dot-matrix printer, where my friend Ali and I once got into quite a bit of trouble when we accidentally began to print the entire contents of an Encyclopedia Britannica CD-ROM (to a younger generation, I’m sure almost none of the previous sentence makes any sense at all, but I assure you these were real pieces of equipment that once existed and were just – and I can’t stress this enough – horrible).

But the real jewel of the school library, as far as 12-year-old me was concerned, was the red-dot shelf. As part of Doha College’s commitment to preserving the innocence of its student body, any titles deemed sufficiently “adult” were tagged with a little red sticker. A title marked this way was available only to upper-year students. Knowing almost nothing about secondary schools in this part of the world, I have no idea if this is common practice everywhere, but I do remember being utterly outraged. Had the people who run this school ever met the upper-year students? You’re telling me the guy who just went full-force into the front door hard enough to crack the glass because he couldn’t tell “Pull” from “Push” can borrow these books but I can’t? Not ok.

The first book I bribed an older student to get for me was a collection of Stephen King short stories. I picked it solely because it had a sinister-looking skeleton on the cover (in hindsight, maybe the red-dot system wasn’t a bad idea). Later, when we were studying a story from Joyce’s Dubliners in English class and the teacher mentioned in passing that his real masterpiece was Ulysses, but that we weren’t ready for that one yet, I immediately conspired to get my hands on it. On it went like this, for three years, until finally I could borrow the red-dot books myself. By then it had been cemented into my head, this unshakable connection between reading and rebellion, reading as a means of escape. That’s what my little library gave me, albeit inadvertently. I think that’s what libraries give a lot of people, and it’s a gift.∎

Omar El Akkad is an author and journalist. He was born in Egypt, grew up in Qatar, moved to Canada as a teenager and now lives in the United States. The start of his journalism career coincided with the start of the war on terror, and over the following decade he reported from Afghanistan, Guantanamo Bay and many other locations around the world. His work earned a National Newspaper Award for Investigative Journalism and the Goff Penny Award for young journalists.
His fiction and non-fiction writing has appeared in The New York Times, The Guardian, Le Monde, Guernica, GQ and many other newspapers and magazines.
His debut novel, American War, is an international bestseller and has been translated into thirteen languages. It won the Pacific Northwest Booksellers’ Award, the Oregon Book Award for fiction, the Kobo Emerging Writer Prize and has been nominated for more than ten other awards. It was listed as one of the best books of the year by The New York Times, Washington Post, GQ, NPR, Esquire and was selected by the BBC as one of 100 novels that changed our world.
His short story “Government Slots” was selected for the Best Canadian Stories 2020 anthology. His new novel, What Strange Paradise, was released in 2021, from Knopf. Learn more about him HERE.