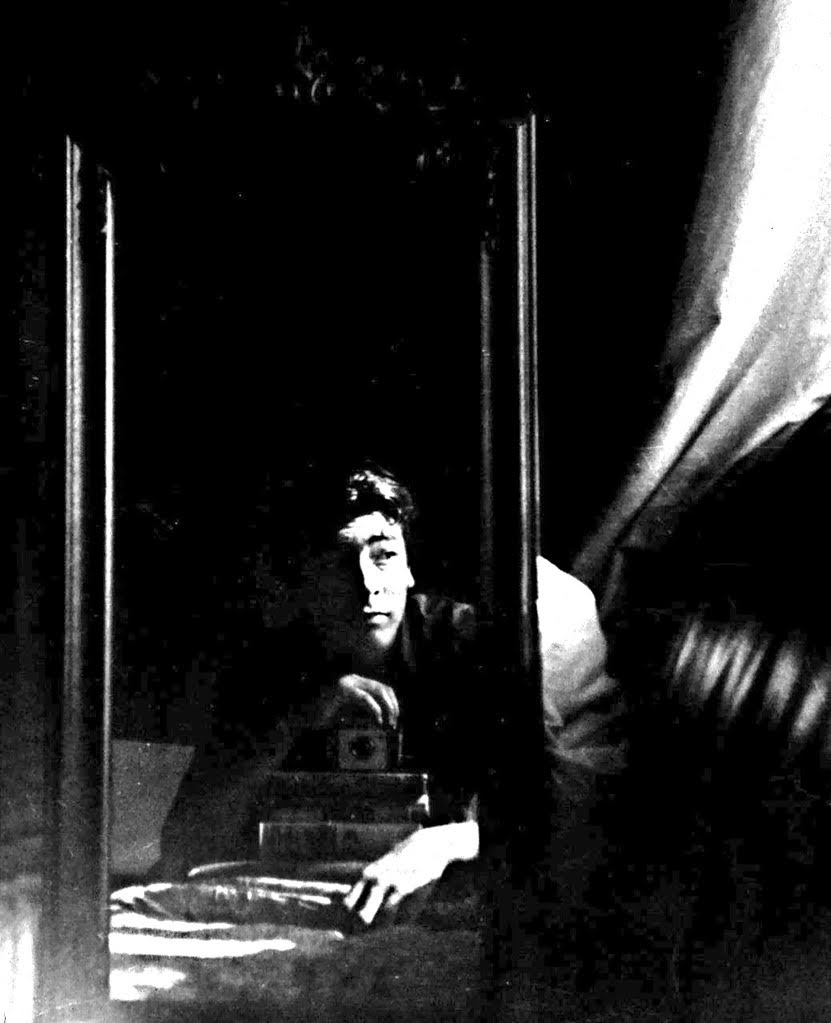 Guess this is where my writing and singing got a good push. Every time I visited the library I used up my soft pencils, spilled fountain pen ink and exploded with curiosity and could not wait to discover new vocabulary (“donnybrook, proclivity, paroxysm”) and see new faces and gawk at weird designs. Even many years later, after graduating from San Diego High School and after I began to write poetry a little bit like Victor Hernandez-Cruz and a little wild like uncovering the ancient features of a mummy — and neon-colorful and daring like Toulouse-Lautrec’s night portraits on cardboard. To tell you the truth, I developed a love for images and sounds and a poetry writing secret —it required being in the library. Shhh.

Two Blocks From Me

For all the librarians that  led me to the magic of knowledge,  music and art with generosity,  kindness and friendship.

It was just a couple of blocks from our tiny apartment on 9th and E street, third floor. Just across the street from the post office the unimaginable unfolded — the endless knowledge and word place, the quiet, wide honey-colored-table place that would become my second home — for the rest of my life. Imagine — just two blocks from me?

On the entrance wall, the sand-colored place read the “San Diego Public Library.” Here, I would wander the aisles with a green notebook, blue-line white paper hole-punched into its rings. A book dreamer, as I moved through the stacks, book spines with vertical titles blurred. As I floated through the aisles, books increased and decreased in size until one stopped me. The one about Ramses the Egyptian pharaoh, then, the one about Toulouse Lautrec or the first copy of Snaps by Victor Hernandez-Cruz, the Puerto Rican poet from  New York City. I couldn’t stop.

The book stopped me, I rushed with Victor’s poems to my extra, extra-large grainy, wood table and opened it: poem #1: “A poem for DOWNTOWN,” #2: “After the Dancing” and the last one: “Slick.” It said something like, “i will have/ you meet/ my friend/ Slick.” What? I was in love with the words, styles, tables — this everything-you-can-imagine place. Book spines, mummies and  jazzy, cool-cool poets! Poets? Painters? Ancient rulers? This was my kind of place, I was alive! So I did what anyone in love with their first next-door library would do.

Can you imagine what I was about to carry in my arms? 9 heavy books!  There I was, hunched over, my fresh library card at the check-out counter. The librarian swung over the wood handle rubber-stamper, Plap! Plap! Ploop! So, I am at a crazy angle, walking and tugging the disheveled collection home. I do not remember how I made it to our little room, two blocks away. Three floors, shuffle to the end of the hall, on the right, open the corner door and plop the books and myself onto my sofa-bed in our one-room apartamentito.

Just two blocks from me. After a while, I discovered that the library was  not all about the books. It was about companionship with an ever expanding world. A world that warmed my heart. My papi was in the hospital with severe diabetes. And my mama was quiet and worried — she never would say she was worried. She would rather say, “ Juanito, books are good company for you, so you won’t be so sad.”

On Saturdays, Mama Lucha would say, “Go, go ahead, have fun in the music room and all your books on Folk music. Go ahead, Juanito.” Mama Lucha loved to read, even though she only went to third grade in El Paso, Texas. You could bet she was a Doctor of anything you wanted to talk about.

You’ll never guess what music I listened to in the listening room with a glass wall and a turntable and all the albums you could carry! You ever heard Josh White sing?

Josh White sang the Blues. Oh, the blues! They tugged at me, little heart-flames they tugged — I wanted to sing as loud as I could. And Joan Baez sang as high as her birdie voice could fly. Bob Dylan scratched your ears with his salty, sandpaper street voice! Have you ever heard the  Tuskegee Gospel Choir, jeez, you will stand up right now, clap hard and cherish the day. Old twangy tunes by Woody Guthrie and his simple guitar, rough and real as farm working country life made me want to play the guitar and wiggle my voice up and down about rambling through the grape fields and shout the migrant boy blues. I listened and listened and scribble-scrabbled tiny songs, and penciled poetries to the rhythms and longings pouring out of the turntable and bouncing off of the walls — slipping themselves into my teenage heart, soothing my middle school soul.  I loved that música room.

The música room felt like all my rooms since childhood, traveling in my papi’s 1940’s Army pick-up — cozy rooms in tents, one-window rooms in a work camp and the one-room house my father built on top of a car. But, this room had  a record player and albums and sky-big windows where I could see all the people quietly reading and they could see me flapping my hands and scrabbling on my green notebook or just plain ‘ol day-dreaming. Heeey-he-hey! I sang with Josh White, Baez and Dylan in my squeaky birdie alto voice.

Guess this is where my writing and singing got a good push. Every time I visited the library I used up my soft pencils, spilled fountain pen ink and exploded with curiosity and could not wait to discover new vocabulary (“donnybrook, proclivity, paroxysm”) and see new faces and gawk at weird designs. Even many years later, after graduating from San Diego High School and after I began to write poetry a little bit like Victor Hernandez-Cruz and a little wild like uncovering the ancient features of a mummy — and neon-colorful and daring like Toulouse-Lautrec’s night portraits on cardboard. To tell you the truth, I developed a love for images and sounds and a poetry writing secret —it required being in the library. Shhh.

Well, here is the secret (and it works every time). First, you must roam the aisles and choose at random about three to four books. You must go to your favorite book aisles. (Oops,  I forgot to tell you all about identifying your favorite aisles. Here’s one of my favorite sections: F1219-1235. It holds books from the ancient civilizations of the Americas – Aztecs, Mayas and Incas, Archeology, Anthropology and journals of people who cared about the cultures of those regions, like Gertrude Blom who dedicated many decades to the well-being of the Lacandón Maya, last pioneers of the last rainforests of Chiapas, Mexico.)  Second, choose big art books, on the table you have to have a visual mural facing you. Some of  my favorite paintings are by Chagall, Max Beckmann, Matisse, Dalí and Magritte, and of course, the Italian Renaissance. And, three — (this is a must) — pick up a handful of periodicals, for example, the Bloomsbury Review, the New Yorker, Scientific American and magazines you have never seen — from around the world! The world! What a great place to know! Sounds like a lot, doesn’t it? Ok, next is the last and most important step.

My first book, Rebozos of Love/ We Have Woven/Sudor de Pueblos/On our Back, came to life while I was at UCLA. Exiles of Desire was sketched at the mezzanine of the Suzzalo library at the University of Washington in Seattle. The guy with cucumber-green engineering paper, and a mechanical pencil with a needle-thin lead point sitting on one of the mezzanine‘s tables – yep, that’s me. More poems and drawings: Fresno State’s Henry Madden Library, Mary Baldwin University, Stanford’s  Greene Library, UC-Riverside’s Tomás Rivera Library — my delicacies. Writing, drawing, thinking, discovering — you ever been enthralled by Chinese Lattices of the 10th Century? There is always an unexpected surprise in the aisles.

After decades of library and book journeys, being a professor at various universities, the day would come when I would step out into the national scene.

“Gracias, gracias,” I would say to the audience, to all of my teachers, my students,  to all those that encouraged me. There would be an office waiting for me in the biggest library in the world — the Library of Congress of the United States. For a moment, I would think of years past, dear Mamá Lucha and Papi Felipe, I imagined them smiling, embracing me, their only son,  now the Poet Laureate of the United States.

The library of wonders and discoveries. Just two blocks from me.∎

Juan Felipe Herrera is the 21st Poet Laureate of the United States (2015-2016) and is the first Latino to hold the position. From 2012-2014, Herrera served as California State Poet Laureate. Herrera’s many collections of poetry include Every Day We Get More Illegal; Notes on the Assemblage; Senegal Taxi; Half of the World in Light: New and Selected Poems, a recipient of the PEN/Beyond Margins Award and the National Book Critics Circle Award; and 187 Reasons Mexicanos Can’t Cross The Border: Undocuments 1971-2007. He is also the author of Crashboomlove: A Novel in Verse, which received the Americas Award. His books of prose for children include: SkateFate, Calling The Doves, which won the Ezra Jack Keats Award; Upside Down Boy, which was adapted into a musical for young audiences in New York City; and Cinnamon Girl: Letters Found Inside a Cereal Box. His book Jabberwalking, a children’s book focused on turning your wonder at the world around you into weird, wild, incandescent poetry, came out in 2018. Herrera is also a performance artist and activist on behalf of migrant and indigenous communities and at-risk youth.

Released over the summer of 2020, Everyday We Get More Illegal highlights social issues and the growing divide between American citizens. While this book speaks specifically to the plight of immigrants, and the current US policy, it also gives a voice to anyone who feels marginalized. Order it and Juan Felipe’s other titles Here, from Rochester NY’s Indie bookstore, Ampersand Books.